Home
/
Events
/
“Grown Deep Like the Rivers”: The Black Lives Matter Movement(s) from Langston Hughes to the Present

“Grown Deep Like the Rivers”: The Black Lives Matter Movement(s) from Langston Hughes to the Present

2021 marks the centennial anniversary of Langston Hughes publishing one of his best known poems, “The Negro Speaks of Rivers.” The poem was a signature poem of the Harlem Renaissance and written by a teenage Hughes as he was crossing the Mississippi River on his way to see his father in Mexico. It was Hughes’ first poem to be published in The Crisis, the NAACP’s official magazine edited by W. E. B. Du Bois. Like the magazine it was published in, “The Negro Speaks of Rivers” has been a touchstone for generations owing to its themes of race pride, historic and diasporic consciousness, and eloquent dignity in the face of centuries-old patterns of slavery and racial violence. Panelists will remark upon the importance of Hughes and his poem and suggest how we might connect both to artistic and literary productions shaping, and shaped by, the Black Lives Matter movement(s) in our own time, all the while pointing out how one or the other movement may (or may not) be unprecedented after all. 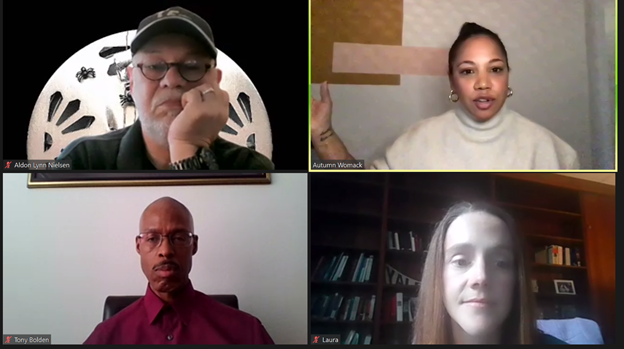