Twitter and the #Humanities: Online Research, Community, and Praxis

Over the past decade, Twitter has offered an integral community space and online knowledge commons to humanities researchers. The relationships emerging from Twitter hashtags like #AcademicTwitter, #AltAc, and #PhDChat have produced new scholarly collaborations, crowdsourced bibliographies, collective syllabi, and more. Tweets have become a valuable source of humanities data, prompting exciting new work on the possibilities of digital storytelling, or “Twitteratures.” But the increasing use of Twitter as a research hub has also brought significant risks, only exacerbated by Elon Musk’s recent takeover of the company. What must change (and is changing) about academic Twitter communities? Is academic Twitter worth saving, or should we seek a new online forum, like Mastodon? Whatever or wherever our future virtual research community may be, how might we better ensure that we are prioritizing and protecting the sovereign knowledge(s) of Black, Indigenous, disabled, and LGBTQIA2S+ scholars, among others? 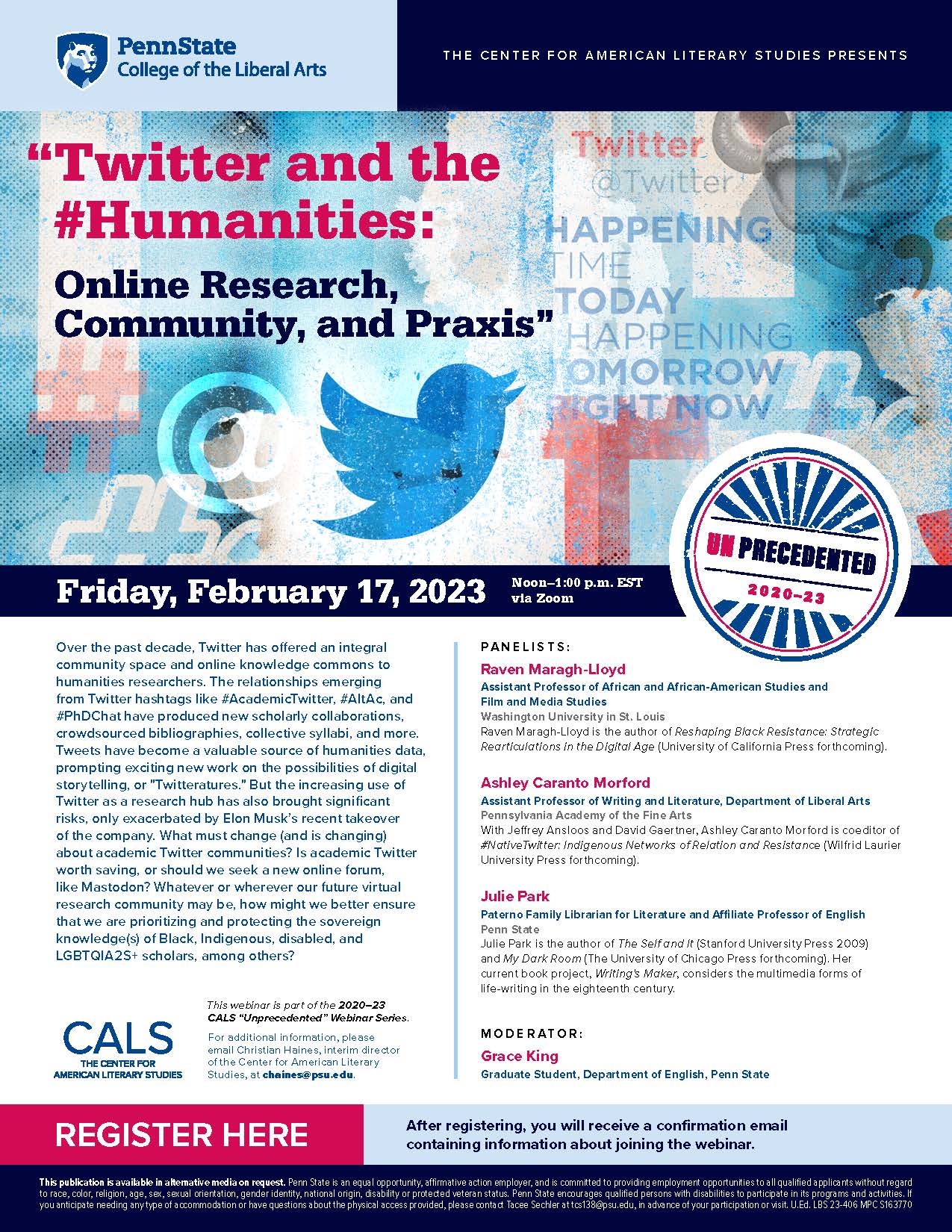